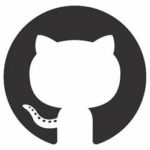 With the upcoming Minor Update 6.1.0 build 01.101 we are fixing some issues, the finalize package will be published in the next 2-3 weeks on https://bit.ly/Login_BISF.

The most time we need is the AppLayering Issues, to detect the right layer wit the latest AppLayering Version as you can see in the table below.

Based with this information BIS-F is able to handle now all this Informations and can run the right optimizations during sealing or personalization during system startup.

Picture 2: During OS Layer sealing, the Layer finalize will be executed

Picture 4:  During new Platform / App-Layer sealing, the fayer Finalize will be executed

BIS-F also detect if the Layer finalize is allowed and send out the right information, mostly a reboot must run before to allow Layer Finalize.

Based with this above informations you can extend your onw sripts if needed and put them in the custom BIS-F folder. Use the following global variables to run your custom Scripts in the right layer

Hope this can made your automation easier

This website uses cookies to improve your experience while you navigate through the website. Out of these, the cookies that are categorized as necessary are stored on your browser as they are essential for the working of basic functionalities of the website. We also use third-party cookies that help us analyze and understand how you use this website. These cookies will be stored in your browser only with your consent. You also have the option to opt-out of these cookies. But opting out of some of these cookies may affect your browsing experience.
Necessary Always Enabled

Any cookies that may not be particularly necessary for the website to function and is used specifically to collect user personal data via analytics, ads, other embedded contents are termed as non-necessary cookies. It is mandatory to procure user consent prior to running these cookies on your website.